The lights on your car will dim as an early indication that your car's battery isn't retaining enough power to keep your lighting at its full capacity. In fact, this is usually one of the earliest indications of a car battery failure.

Most car owners are pretty familiar with the way their car sounds when the ignition starts. In fact, you probably don't even think anything of it when the engine starts up because you hear that sound every time. That's why it's so easy for you to spot a difference in the way that the engine turns over.

When you turn the key, any hesitation in the engine cranking is often an indication that your car's battery isn't strong enough to start the engine. When you hear any delay in your car's engine cranking, you should have the battery tested and replaced, if necessary, as soon as possible.

Your car's battery is responsible for supplying power to all of the accessories, not just the lights. If your car's radio, wipers, or other accessories aren't responding the way that they should or engage when they shouldn't, those are all clear signs that there's a problem with the car's battery.

If you turn the key in your ignition and get nothing but a click, with no dashboard lights illuminating at all, that's another key indicator that your car's battery is failing and doesn't have enough power to start the car. You can usually resolve this by jumpstarting the engine, but that's only a temporary solution. You'll find that your car's battery will still struggle to hold a charge, so you'll need to have it replaced as soon as possible.

For such an important component to your car's engine, the battery is often so overlooked. As a car owner, these are some of the most important signs that there's a problem with your car's battery. If you have more questions about auto batteries, contact a local auto parts store. 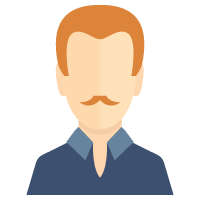 When it comes to my car, I try to repair as many mechanical problems as I can to save money. But sometimes, finding the right auto parts at my local retailer isn't easy. The items I need sell out fast, which means I have to travel out of my comfort zone to find them. After spending too many frustrating years doing this, I found a better way to purchase my auto parts for my DIY repairs. I shop online. My online auto part suppliers have what I need when I need them. If the suppliers sell out of my items, they offer replacements quick and easy. If you're tired of playing tag with your auto part stores, read my blog. I provide information on where to shop for online auto parts, DIY tips and much more. Good luck with your repairs and thanks for reading.

Key Signs Of Failing Car Batteries
7 September 2021
Your car's battery is a vital part of ensuring that the engine can start and run. Unfortunately, every car battery has a clear lifespan. Many car owne …

Actions To Take Before Getting Rid Of Junk Cars
4 December 2020
Having a junk car no longer has to be stressful or create property eyesores because there are plenty of parties interested in these vehicles' parts. B …

Buying Used Tires: What You Need To Know
11 June 2020
Whether you're dealing with a single flat tire or all the tires on your vehicle are worn, the fact remains that buying new tires can be costly. In fac …